Spiders are in the class of arachnids and are not an insect. Meaning they have jointed legs and eight of them in total. How do spiders affect homeowners? They enter their structure via entry points such as through cracks and crevices. Below are 7 things you need to know about spiders. 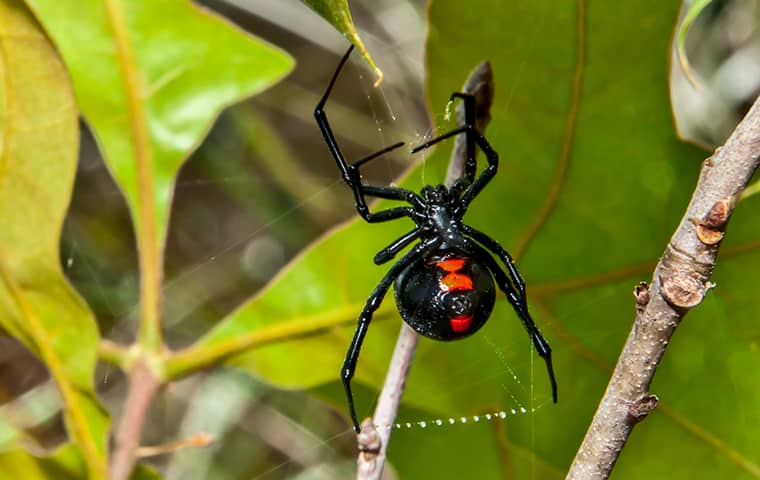 Even though they are not an insect, they eat other insects thus in effect are a form of pest control. A spider can eat up to 2,000 insects a year! However, they can in turn eat insects which are beneficial to our yards.

If you see a spider web in your home then chances are the owner will be using his web not only as a place to hang out, but also as a trap to ensnare it’s prey. However, not all spiders make webs, spiders, such as hunting spiders follow their prey rather than ensnare them with a web.

With a little over 3,700 species in North America. Of those only a small proportion enter the home such as the cellar, black widow and brown recluse spiders.

4. Spiders Do Not Spread Disease

Unlike rodents, spiders do not spread disease or foul storage spaces. Spiders are perceived as potential detriments to our health and perception of their danger is far greater than the actual threat they pose. The only health risk that they actually carry is the potential of being bitten, especially by a black widow or brown recluse.

The object of spider venom is to disable and kill the prey, not bite humans. That being said there are two spiders – the black widow spider and the brown recluse spider – whose venom is toxic to humans. These spiders will not go out of their way hunting humans, but if a human happens to accidentally stumble upon one of these spiders, and they feel threatened then chances are the human will get bitten.

Neurotoxic means that it affects the nervous system beyond where the bits took place. The black widow bite is neurotoxic and is typically felt as a pinprick. Symptoms develop within an hour including severe pain, localized sweating, rigidity, cramp and paralysis, very rarely does it cause death.

The brown recluse bite is necrotic meaning that the damage stays at the place where the bite occurred. The bite of the brown recluse is barely noticeable during fang penetration.  Their bite ranges from minor symptoms such as a self-healing red spot to massive necrotic skin lesions such as skin blisters, unsightly ulcers and blackening of local skin tissue resulting in a slow healing scar.

7. Spiders Do Not Cause Any Structural Damage

Spiders do not destroy structures such as termites or carpenter ants. Their webbing may be perceived as a symbol of poor housekeeping but their webs are easy to remove.

What Do Spiders Have To Do With Pest Control?

If you have a lot of spiders in and around your home it may be that you had a lot of insects for the spiders to eat. Cutting down on the insect population will reduce the number of spiders you have around your home. At Four Seasons | HomeTown Pest Control we are trained to find harborage and food sources for not only spiders, but insects too.

Four Seasons | HomeTown provides pest control services in Dare, Currituck, Camden, Hyde, and Pasquotank counties up through to Newport News, Chesapeake, Gloucester, Hampton and Virginia Beach, Portsmouth, Suffolk and Williamsburg. To find out more about our effective extermination and other pest control services available in your area, reach out to Four Seasons | HomeTown today!